Five Years: A Letter to My Girl

I just finished re-reading the letter I wrote you on this day last year, and it seems as though I’ve come full circle in the past year. I might have written the same letter today. You are still gone, my girl. So very gone. We are still learning how to go on without you, even though we wish we didn’t have to, even though sometimes it still seems so terribly wrong that we are. I am so sorry.

You have been gone for five years, sweet girl. Five years. That seems as impossible as the very fact of your death did on this day five years ago. That we have survived this long without you seems equally impossible. A friend of mine, whose little girl died five years before you did, wrote me recently and said that the five-year mark was especially hard for her because she somehow thought that by that point, enough time would have passed that she could reflect on her daughter’s death without falling apart, but that proved to be untrue. I understand that so well—I feel as though I have been grieving your absence more in the past several weeks and months than I have since you first left us. It hurts as much as it ever did, just in a different way.

But even more than that, there’s a part of me that thinks, here at five years, that this is enough. Enough time has passed. It’s time for you to come back to us. We have lived long enough without you. Part of me almost gleefully entertains this notion, even though I know it is absurd, even though my rational brain has accepted your death, has “integrated” it, as they say, into my life.

Last year, I wrote about how I had grown almost attached to the hole your absence has left in our lives. I told you that while your dad and I had thought about having another child, a fourth one, we had decided we probably wouldn’t do it. And at least for me, this was in part because I had grown so attached to the hole that I didn’t want to do anything to jeopardize it or change it or complicate my profound relationship to it and to you. But then we went and tried to have another child anyway—I was so afraid of something happening to one of your younger siblings and the other one being left alone. But from December 12, when I learned I was pregnant with another little sibling for you, until January 20, when I learned that baby had died, I had a pervasive feeling, one that I could not seem to shake, that something wasn’t right. Perhaps this was just my body’s way of telling me that the pregnancy was not going to succeed, of preparing me emotionally for seeing that sweet little baby’s outline, on that shadowy gray screen, with no little heartbeat flitting away in its middle.

But once I’d muddled my way through that experience, whatever impulse had been pushing me toward having another baby, a third living child, another sibling for you and Jackson and Ada—that compulsion simply evaporated. Whatever urge had been driving me forward was just… gone.

It didn’t take me long then to realize something that, deep within me, I already knew. I was trying to fix something that could not be fixed. I was trying to have a family with three children, when, of course, I already have a family with three children. And with the terrible exception that you are not here with us, our family feels as complete as it can possibly be—which is to say, still wholly incomplete. I already knew that no fourth child, or fifth child, or twenty-fifth child would ever fill the hole that you left behind. But part of me still believed that moving forward with our original plan of three living children, a plan we’d had for so long, would somehow make me feel less broken, less incomplete. But during those five and a half weeks when we were on track to accomplish that plan, I discovered, not really to my surprise, that I couldn’t have been more wrong. I felt as broken and incomplete as ever, because I realized that I can’t ever feel less broken or less incomplete. Nothing will ever make me feel less incomplete without you, Hudson. Just as the grief will never lessen enough to allow me to look it straight in the eye without faltering. Just as no amount of time will ever bring you back to us.

So we are as complete as we are going to be, our family of five. It will never be enough, and yet it must be.

And now that we are completely incomplete (or incompletely complete), I find you are as missing as ever. Over the past year or so, I had found myself less and less picturing you in all the places where you should be. I had mostly stopped imagining you filling your role as the big sister, the oldest child, the one in the know. I had gotten to where I did this only on special occasions or vacations, when a family is always supposed to be together. But now that our family is what it will forever be, I find that I picture you everywhere—in the back of the car fighting with your little brother and sister, in our blanket tent on top of Daddy’s and my bed where Jackson and Ada and I have a pretend sleepover every afternoon after nap time, at the table at restaurants, where I picture you with your knees tucked under you and your nose in a book, just as I would have been at your age. I picture you in all the places you will never be. I am trying so hard to make it all complete, even though I know it will never, ever be.

Coming to terms with all of this over the past several weeks has been hard, Hudson. As hard as ever. I’ve been irritable and sad and, sometimes, even mean. So I was grateful that today was actually a lovely day—the weather was beautiful, and people all over the world were sending out little bubbles of Hudson joy to remember you by. And your garden, sweet girl—well, it’s finally starting to look like a garden. For the past two years, I have hemmed and hawed about what I should plant there, what would grow well there, how to arrange the plants for maximum beauty throughout the growing season. And finally, I realized that I was letting the perfect be the enemy of the good—I spent so much time and energy trying to make a perfect plan that I became paralyzed and so had done hardly anything at all. I’d forgotten that the whole point of your garden is to have a place where I can spend time with you, a place that will bring others joy, a place that will remind me of the joy you brought us every day and the joy that you still bring us every day. So this spring, I quit planning and just started planting. And I loved every minute of it. And I am so looking forward to spending more time with you there for many years to come. I only wish you were here to enjoy it with me. It is all so completely incomplete.

It is not perfect, and it never will be, but it is good.

I love you, my dear, sweet girl. I miss you more than ever, and I’d do anything to have you here with me. 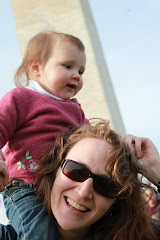